Victim? Survivor? The importance of the language we use to talk about people who have experienced sexual violence

In the latest edition of our Guest Blogs, Laura Jane Hepworth a PhD research student at Durham University, talks about the importance of the language we use to talk about people who have experienced sexual violence.

Laura currently works at the Department of Sociology, researching how people who have been sexually assaulted consider societal reactions to the labels ‘victim’ and ‘survivor’ using photographs. Through the creation of art, we can explore emotions that cannot always be easily expressed in words and get a glimpse into how victims and survivors understand the labels imposed on them. She is also teaches the history of criminology to university students, including the rise of feminist criminology and how female offenders describe their personal experiences of domestic and sexual violence. She has a particular passion for helping ‘underrepresented’ students come to university to study criminology, such as ethnic minorities as well as local residents from County Durham, and has a background in outreach work. 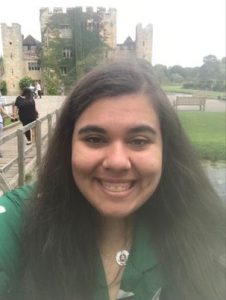 The words we use to describe and label people are very important. This is because labels not only convey meaning through the definitions that they have, but they often also have deeper, under the surface connotations that also affect the people who are described by them.

Historically, the term ‘victim’ has been widely used to describe individuals who have experienced sexual violence. Since the early 1970s, we began to see calls to use an alternative term that was more empowering and emphasised that rape was a survivable crime and victims could go on to lead fulfilled lives afterwards. My research explores the deeper meanings behind these terms and tries to understand how the people who are referred to using these terms, actually view them. It also unpacks what impacts being labelled as a ‘victim’ or describing someone as a ‘survivor’ can have on a person’s identity.

A victim is a person who has been harmed as the result of a crime or action. We see the term ‘victim’ used to describe people who have experienced sexual violence within the police and the court system, in parliament and the law but also casually in everyday conversations and ordinary contexts. It is still the most widely used word to describe people who have experienced sexual abuse.

Yet, the term has received substantial backlash due to the overwhelmingly negative deeper meanings and connotations associated with its usage.

Victims have been framed as being ‘passive,’ ‘weak,’ ‘traumatised,’ ‘stigmatised,’ ‘powerless,’ and even, in the most extreme cases, ‘mentally ill.’ Due to this negative picture, advocates, activists and researchers sought out an alternative that drifted away from this damaging portray and instead placed emphasis on empowerment and recovery.

As a result, we see an emergence of the new label ‘survivor’ gain momentum and even commonplace acceptance in violence and abuse research, voluntary and community organisations and more increasingly, the police as well. We have also seen a rise in the image of a survivor across the media in a variety of contexts not just when discussing violence and abuse; from Destiny’s Child’s 2002 hit Survivor, to the long running American reality television show ‘Survivor,’ as well as survival video games, people who have recovered from cancer, Holocaust and natural disaster victims, as well as survivors of sexual assault.

Across all these contexts we see similar patterns of overcoming a great obstacle or traumatic event in an individual’s life, where they have moved on to not only survive, but even ‘thrive,’ post-recovery. In the violence and abuse context specifically we see this idea of survivors having overcome the traumatic experiences they have encountered and moving beyond this in their lives.

The term survivor has not been viewed in a wholly positive light. Some victims have felt that the rise in survivor culture has placed pressure on individuals who struggle to live up to this image the term sets for them and it may even undermine the effects that sexual assault can have for victims. There are also debates about who can claim this so called ‘survivor’ status, as the ethnicity, if an person has a disability, what gender or sexuality they identify as and what actually occurred during their assault can exclude certain individuals.

Research indicates that both the terms ‘victim’ and ‘survivor’ can hold specific meanings for the people who are described using them but can also impact on how they view their own personal identities. It is through partnerships and discussions with victims and survivors, voluntary and community organisations that can help us to develop an understanding of how we use language to describe people who have experienced sexual violence, and the importance of the terms we do use.