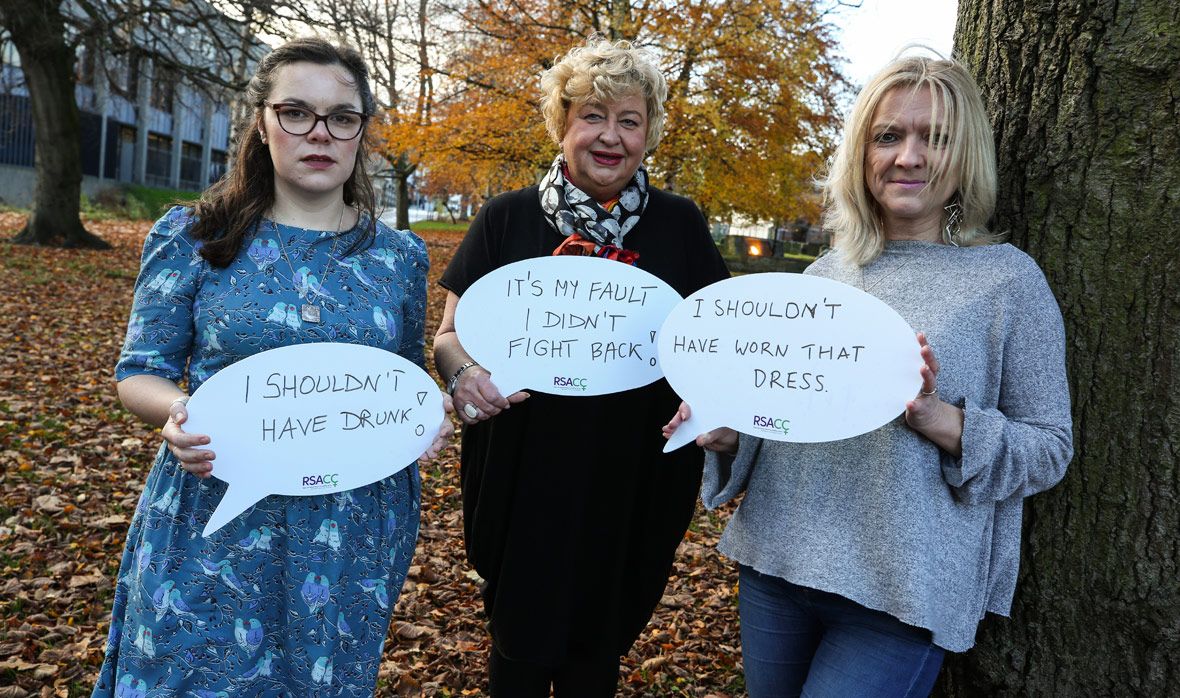 RSACC is launching a campaign highlighting the real words of women it has supported in the region to stamp out some of the common and damaging myths about rape and sexual violence. We are sharing the quotes to mark the start of a global UN campaign ’16 Days of Activism against Gender Based Violence’ (25 November – 10 December).

The reinforcement of myths about rape in society is leading to victim-blaming, the trivalisation of sex crimes and unjust feelings of shame for survivors. Isabel Owens, Deputy CEO of RSACC, said;

“Women so often tell us that they didn’t ‘fight off’ their perpetrator, they had consumed alcohol or they ‘flirted with him’ and end up blaming themselves for sexual assault, harassment or violence committed against them. The only people responsible are the perpetrators themselves.

“We believe that everyone has the right to sexuality without violence. If a woman hasn’t freely given consent then sexual activity is a crime. This is the case regardless of her body language, if she has been drinking or if she’s previously had consensual sex with this man. A few examples of the common reasons survivors are not believed or taken seriously.

“We hope that by sharing the real words of women from Darlington and Country Durham, we will help to challenge these damaging attitudes which effectively normalise sexual violence. These represent a tiny handful of the hundreds of women we support each year and demand is sadly rising significantly, so much so that we have a waiting list of over 200 equating to waiting times of 6-9 months.

“This year’s UN campaign against Gender Based Violence is themed around standing against rape, so we wanted to use the 16 days of action to open up this really important conversation.”

The campaign comes as RSACC launches its new website and three year strategy which will take forward its mission to end sexual violence by supporting and empowering women and girls in Darlington and Country Durham.

RSACC, an accredited Rape Crisis centre supported more than 800 people last year, half of whom accessed free counselling from trained experts to help them deal with the trauma and long-term effects of rape and sexual assault.

Isabel added; “As we look ahead to our 30th anniversary next year,  we will be actively campaigning to ensure survivors are listened to and influence a change to the current systems which so often victimize women. There will be lots of opportunities for our supporters and partners to get involved.”

To learn how you can support us and get involved with our campaigns sign up to our newsletter here.